I recently read an article by one of my favorite bloggers that stated bluntly that the best way to get more readers is to “break the rules”.  By that, he meant that bloggers should write about a controversial topic and wait for the bickering to begin in the combox.

I’ve been savoring the idea and interesting post titles like “My Church is Better than Yours Because Jesus Founded It”, “Why (enter any religious institution besides Catholicism here) Is Wrong,” and “When He Said, ‘This Is My Body.’.. dude, He REALLY meant His body” came to mind.  However, after grounding my thoughts in ecumenical charity (and facebook and twitter), I arrived to the conclusion that there exists an even more controversial topic.  Sadly, the irony is that this topic will more than likely result in very few page views.

There you have it.  That’s it.  The most controversial thing anyone can say has just been published on my blog.  I stole it from Philippians 2: 11 and 1 John 4:8, so technically I’m guilty of violating two laws: 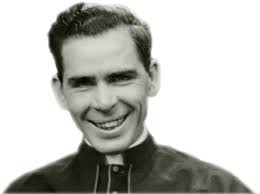 “The Catholic Church never suits the particular mod of any age, because it was made for all ages.  A Catholic knows that if the Church married the mood of any age in which it lived, it would be a widow in the next age.  The mark of the true Church is that it will never get on well with the passing moods of the world.  “I have chosen you out of the world, therefore the world hateth you.” John 15: 19

Here’s the ironic part.  While it may be controversial, the odds of it booming my blog stats are slim to nil.  Why?  Because the way people show their love to bloggers is by visiting and commenting on topics that interest them.  Unfortunately, the vast majority of bloggers have already made their vows to the current mood of the world and find my little plagiarized nugget of truth unbearably naive and uninteresting. They won’t comment.  I will not be liked.  Three of my four followers will unsubscribe.

So then, the success of a Catholic blogger is not found in page view totals.  In fact, it is quite the opposite.  The controversial content of your blog might lead to a true understanding of what St. Paul meant when he said, “That is why, for Christ’s sake, I delight in weaknesses, in insults, in hardships, in persecutions, in difficulties. For when I am weak, then I am strong.” ~2 Corinthians 12:10