After celebrating the 5th anniversary of my matrimony to my wife and my daughter’s baptism, we woke up the next morning and realized that even by our mexican standards we would arrive late to our parish’s 11 o’clock mass.  When this happens, we take the opportunity to travel to our city’s Cathedral to celebrate the noon o’clock mass with the rest of the folks who were a bit hesitant to get out of bed.  This is where the following hilarity took place:

All was fine throughout the mass.  My youngest was chillin’ with her abuelita after being doused with chrism and holy water at her baptism roughly over 24 hours ago.  My wife was still a bit sleepy from a long night of baby watching and my two year old was gazing at the beauty of the Church’s architecture singing her own hymns “Ringo, ringo little star!” (A remix of the original version commonly titled Twinkle, twinkle little star) However, as soon as we went up to receive Communion, God got humorous.

I didn’t even see it coming.  She had been a bit sick the past week and her lack of food and sleep made her laxidasical at best.  But when the Extraordinary Minister of the Eucharist placed Christ’s body upon my tongue, my little angel, now clinging to my shoulder, was inspired by the holy Spirit to say the first thing that came to her mind…

Immediately, I almost burst out laughing, but I couldn’t because the host was still in my mouth. 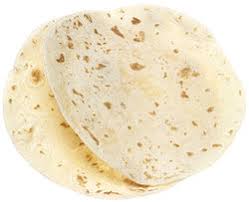 She thought that Jesus was one of the corn tortillas we ate daily in la casa.  I closed my eyes to keep from crying with laughter and as I approached the chalice, I pulled myself together.

I mustered out an “Amen”, grasped the cup and took Christ’s blood into my soul.  He wasn’t halfway down when my daughter struck again…

When I got back to my pew, instead of the silent prayer I usually share with my wife, I attempted to explain to her what had just happened.  We received a couple of stares and shhhhs, but eventually died with that kind of laughter you can only make when you are unable to because of the “serious” environment you are in.

Regardless, I think God had a good chuckle too.

What about you, do you have any “dying of laughter but not culturally appropriate to laugh” church stories?  If not, here’s another one you might like.

4 thoughts on “Is laughing with the Eucharist in my mouth sacrilege or God’s way of telling a joke?”